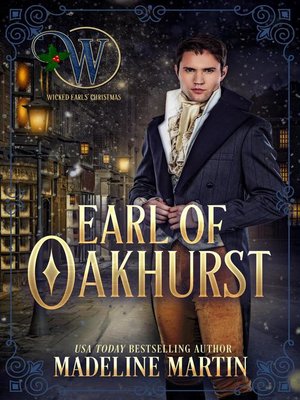 CAN A WOMAN WHO DOESN'T WANT A HUSBAND

When she had her come out, Lady Penelope Keats was one of the most sought-after debutantes of the season. But now, years later and by her own choosing, Penelope is still unmarried. She has little interest in love and prefers to spend her time at St. Thomas's hospital in pursuit of medical knowledge and helping others. However, staying unwed when one's mother is a notorious matchmaker is no easy feat.

AND A MAN WHO DOESN'T WANT A WIFE

Through unfortunate circumstances, James MacKenzie is the new Earl of Oakhurst, a title he never expected or wanted. When he is summoned by his only living relative, his grandmother the Dowager Countess of Oakhurst, to attend to her in London so that she might instruct him on his duties as earl, including finding a bride, he reluctantly complies. Upon arrival, he finds the older woman ill and in need of medical attention. When his grandmother proves difficult and resistant to help, he allows Lady Penelope's aid in treating her.

When both learn of the other's lack of desire for love, they know the best chance to escape those seeking to wed them is to come to an agreement—one that will free them both from the pressures of matchmaking. But a marriage of convenience doesn't imply a marriage without passion. As their feelings eventually warm toward one another, old enemies emerge and threaten everything they have worked for. Will they be able to draw strength from their blossoming love to defeat those who seek to destroy them, or will they deny their feelings and lose one another forever?