By Suzanne I. Barchers 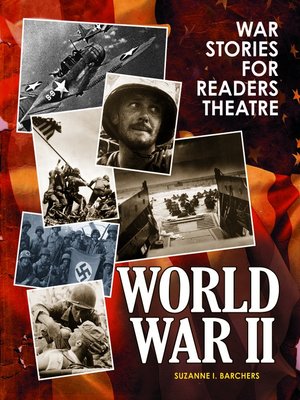 World War II mobilized 100 million military personnel and resulted in the deadliest conflict in human history. Everyone from students in grade six to adults will be engrossed by tales documenting the actions of Hannah Szenes, a young Hungarian woman who lost her life trying to save Jews, the sobering and shocking occurrences during the Bataan Death March, and the daring POW rescues like the raid at Cabanatuan.

Each script in War Stories for Readers Theatre: World War II not only brings history to life, but also provides a perspective that readers may not have encountered. While some topics are familiar, such as the attack on Pearl Harbor, most readers are unaware of the motivations behind it. Some of the narratives are created from interviews with living World War II veterans. Every reader will be inspired to explore each subject more deeply after experiencing these intimate views of the specific events during World War II.