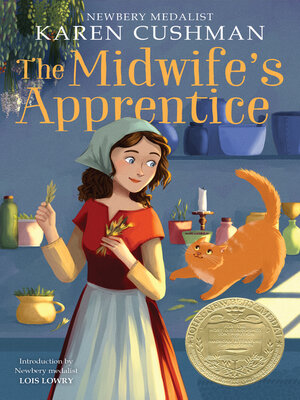 A poor girl in medieval England gains a name, a purpose, and a future in this "delightful"* and beloved Newbery Medal-winning book. Now with a new cover!

A girl known only as Brat has no family, no home, and no future until she meets Jane the Midwife and becomes her apprentice. As she helps the short-tempered Jane deliver babies, Brat—who renames herself Alyce—gains knowledge, confidence, and the courage to want something in life for the first time. Introduction by Lois Lowry.