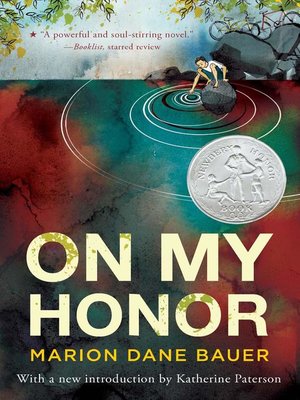 View more libraries...
A Newbery Honor Book. "A gripping, compassionate portrayal of a boy's struggle with conscience" by the bestselling author of My Mother Is Mine (Kirkus Reviews).

While on a bike trip, Joel's best friend Tony drowns while they are swimming in the forbidden, treacherous Vermilion River. Joel is terrified at having to tell of his disobedience and overwhelmed by his feelings of guilt, even though the daring act was Tony's idea, and Joel didn't know that Tony couldn't swim. But Joel's loving and protective father will help him deal with the tragic aftermath—and understand that we all must live with the choices we make.

"This is a devastating but beautifully written story of a boy's all-consuming guilt over the role he plays in the death of his best friend . . . Bauer's honest and gripping novel joins the ranks of such as Katherine Paterson's Bridge to Terabithia in its handling of these issues."—Publishers Weekly

"Descriptions are vivid, characterization and dialogue natural, and the style taut but unforced. A powerful, moving book."—School Library Journal