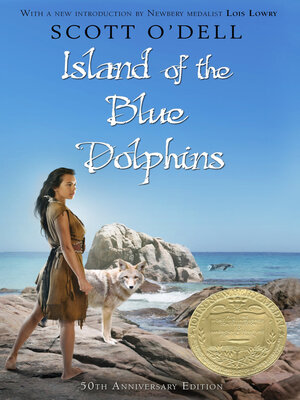 Scott O'Dell's Newbery Medal-winning classic is a gripping tale of survival, strength, and courage. Based on the true story of a Nicoleño Indian girl living alone on an island off the coast of California, Island of the Blue Dolphins has captivated readers for generations.

Karana had to contend with the ferocious pack of wild dogs that killed her younger brother, constantly guard against Aleutian sea otter hunters, and maintain a precarious food supply. Her courage, self-reliance, and grit has inspired millions of readers in this breathtaking adventure.

As Smithsonian magazine put it: "For kids all over the country, reading the book in language arts classes, Karana is a powerful symbol of their growing independence. Through her, they can imagine themselves making their way in the world alone—and thriving."