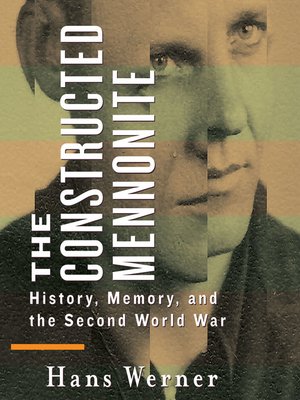 John Werner was a storyteller. A Mennonite immigrant in southern Manitoba, he captivated his audiences with tales of adventure and perseverance. With every telling he constructed and reconstructed the memories of his life.

John Werner was a survivor. Born in the Soviet Union just after the Bolshevik Revolution, he was named Hans and grew up in a German-speaking Mennonite community in Siberia. As a young man in Stalinist Russia, he became Ivan and fought as a Red Army soldier in the Second World War. Captured by Germans, he was resettled in occupied Poland where he became Johann, was naturalized and drafted into Hitler’s German army where he served until captured and placed in an American POW camp. He was eventually released and then immigrated to Canada where he became John.

The Constructed Mennonite is a unique account of a life shaped by Stalinism, Nazism, migration, famine, and war. It investigates the tenuous spaces where individual experiences inform and become public history; it studies the ways in which memory shapes identity, and reveals how context and audience shape autobiographical narratives.