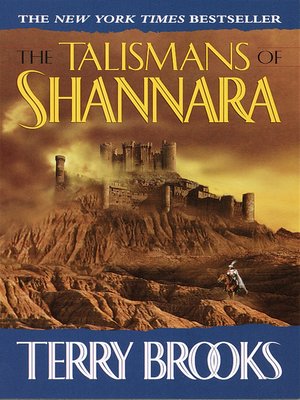 The Talismans of Shannara

FantasyFictionScience FictionThriller
The fourth volume of The Heritage of Shannara, which continues one of the most popular fantasy series of all time.
The Shadowen still swarm over the Four Lands, poisoning everything with their dark magic. And their leader is determined to destroy all the Scions of Shannara. For Walker Boh, he dispatches the Four Horsemen. For Wren, he sends an untrue friend. And for Par, he devises the most terrible fate of all. With these traps cleverly laid, the charges given by the shade of the Druid Allanon are doomed to failure—unless Par can discover a way to harness the power of the Sword of Shannara.
Thus continues the enthralling Shannara epic, a spellbinding tale of adventure, magic, and myth...
BONUS: This edition contains an excerpt from Terry Brooks's The Measure of the Magic.
FantasyFictionScience FictionThriller

More about Terry Brooks
The Talismans of Shannara
Copy and paste the code into your website.
New here? Learn how to read digital books for free