By Michael A. Genovese 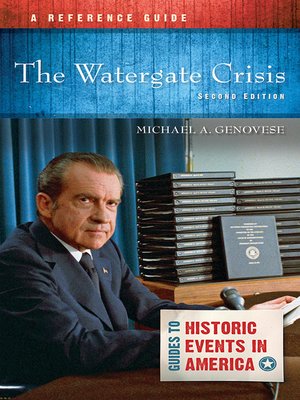 Relatively insignificant at first glance, the Watergate crisis led to the downfall of a president and emerged as the most important constitutional crisis since the Civil War. Journalists and the media were instrumental in shedding light on Watergate and exposing political corruption at the highest levels of government. Watergate became part of American popular culture and synonymous with presidential corruption. This book surveys the background of the Watergate crisis and links it to contemporary American politics.

The first part of the book provides a narrative overview and examination of the Watergate crisis, with a consideration of what happened and why, and the relevance of Watergate to today's political issues. The book considers such topics as political corruption and impeachment, the role of the media, and the abuse of presidential power. The book also offers biographical sketches of key players in the Watergate crisis, a chronology, glossary, primary source document excerpts, and an annotated bibliography.