The Coming of Age Series 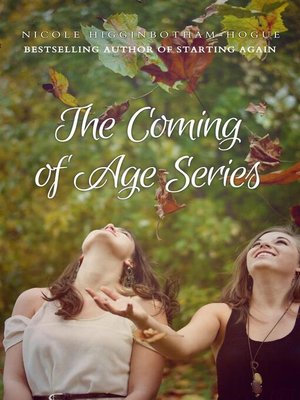 Running Its Course
Josh is an overachiever whose only competition is Erin, his coach's daughter. Erin is striving to win at all costs until she finds out that she might have feelings for Josh, and Jane, Erin's best friend, is struggling with her identity and balance of friends and family. In a twisted, true to life story, these characters find out more about themselves, each other, and their beliefs.
Academia
When Shane accepts a scholarship to the University of California, she doesn't expect to be housed with a homophobic roommate. Nevertheless, upon making friends with her roommate's cousin, Rayne and her best friend, Shane starts to feel at home. Then, one night, while hanging out with Rayne and her friend, Adam, on campus, the three witness a murder. Shane's idea of a normal school year collapses, and she is suddenly the target of this murderous killer. Will the three find out who it is before it's too late, or will they be the next victim of serious crime?