The Exploits of Brigadier Gerard 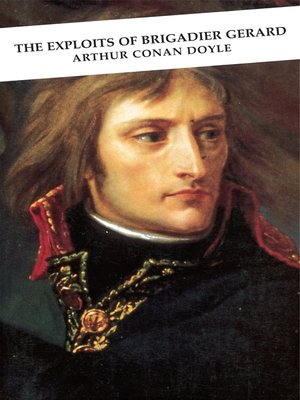 '. . . if he has the thickest head he also has the stoutest heart in my army.' Thus spake Napoleon of Brigadier Etienne Gerard, and thus was established the formula for the great series of historical short stories which Conan Doyle inaugurated in the Strand magazine.

Brigadier Gerard, an impeccably dressed young hussar, is a figure of fun as well as a soldier of great courage. In the spirit of Don Quixote or the Three Musketeers, he crosses the battlefields of Europe in a series of dashing adventures. Through Gerard, Conan Doyle brings Napoleon within our grasp, and with him the intricacies of a restless Europe under Napoleon's shadow.

Gerard is one of Conan Doyle's most entertaining characters and surely one that must have influenced the making of George MacDonald Fraser's Flashman, so outrageous and fortunate is this farcical character.

The introducer and editor of this edition, historian and critic Owen Dudley Edwards, is also the author of the highly acclaimed biography The Quest for Sherlock Holmes.