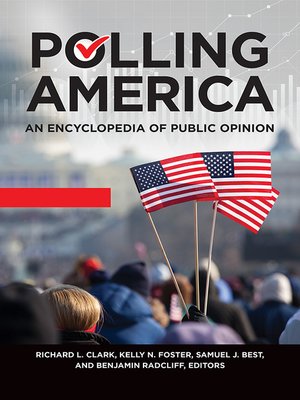 This work provides an authoritative overview of the composition of public opinion in America, the methodologies by which public opinion is measured, and the importance of polling to U.S. politics, policy, and culture.

This revised edition is a comprehensive resource for understanding all aspects of public opinion polling in the United States, including major and emerging theories and concepts; historical and current methodologies; political, journalistic, and corporate uses; landmark events and developments in the history of polling; and influential people and organizations. The encyclopedia also illuminates how public opinion polling has become important in shaping the trajectory of American society and the views that Americans have about themselves and their fellow citizens.