ebook ∣ A Memoir of Fear and Fun 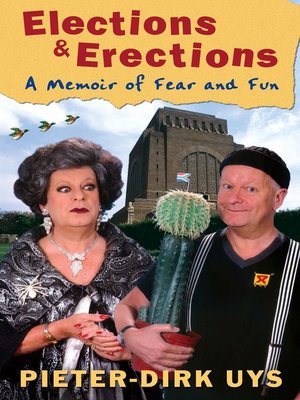 At last, Pieter-Dirk Uys, South Africa's most famous political satirist, entertainer and AIDS activist, has penned a memoir. He takes us back to his upbringing in apartheid South Africa, his early days in the theatre, and the birth of his alter ego, Evita Bezuidenhout, the ambassador to the fictitious homeland of Bapetikosweti. He revisits his political satire, which exposed the absurdities of Whites Only policies and the ridiculousness of the fear surrounding them. He also writes frankly about his sexual journeys in a conservative, Calvinistic society that forbade interracial sex and homosexuality.

With the end of apartheid and the fall of the old tyrants, Uys wondered, did he still have a job to do? But a new democracy comes with its own challenges and absurdities, and the government continues to write his scripts for him. Whether he is educating voters or informing the youth about the dangers of HIV/AIDS, he goes to war against ignorance and complacency, brandishing his unique weapons: laughter, compassion ... and a plastic penis!

This is a book about journeys, both geographical and personal, a document of Pieter-Dirk Uys's love affair with South Africa and its people. Frank and controversial, hilarious and humane, Elections & Erections expresses his passion and anger towards present circumstances, and his hope and optimism for the future.