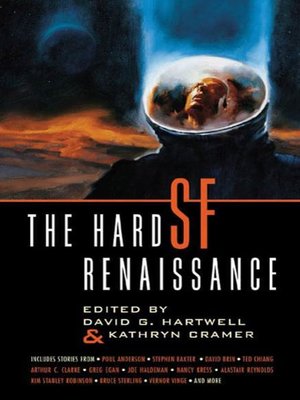 An Anthology of Stories

Something exciting has been happening in modern SF. After decades of confusion, many of the field's best writers have been returning to the subgenre called, roughly, "hard SF"-science fiction focused on science and technology, often with strong adventure plots. Now, World Fantasy Award-winning editors David G. Hartwell and Kathryn Cramer present an immense, authoritative anthology that maps the development and modern-day resurgence of this form, argues for its special virtues and present preeminence-and entertains us with some spectacular storytelling along the way.

The Hard SF Renaissance will be an anthology that SF readers return to for years to come.

A major anthology of the "hard SF" subgenre-arguing that it's not only the genre's core, but also its future:

David G. Hartwell, called "an editor extraordinaire" by Publishers Weekly, is one of science fiction's most experienced and influential editors. As an editor with Berkley Books, Pocket Books, William Morrow, and Tor Books, he has worked with many ...

More about David G. Hartwell
The Hard SF Renaissance
Copy and paste the code into your website.
New here? Learn how to read digital books for free