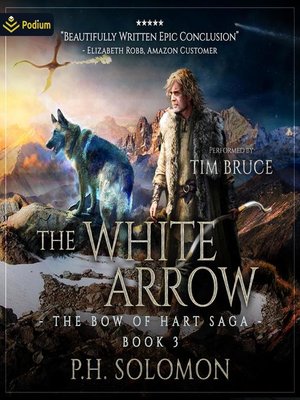 The Bow of Hart Saga

Bound to prophecy, his destiny balanced on an arrow's tip.

With the Bow of Hart in hand, Athson is hunted by his enemies. His mistakes haunt him as much as his past.

Hastra the Withling reveals Eloch will send an arrow for the bow. Magdronu plots to thwart the prophecy as his trolls attack Auguron City. But when the arrow arrives, it is from a most unexpected source and lands in unforeseen hands. Events twist like an arrow in flight.

Can Athson overcome his past and his failures to use the Bow of Hart as intended against Magdronu? The archer and the bow await the coming arrow ...

The Bow of Hart Saga