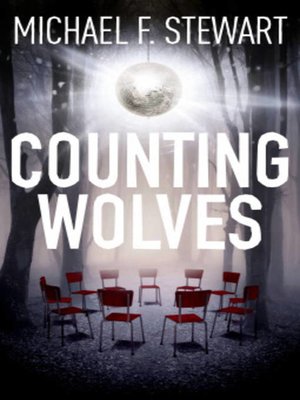 The Breakfast Club meets Grimm's Fairy Tales in the lair of an adolescent psych ward. Milly’s evil stepmother commits her to a pediatric psych ward. That’s just what the wolf wants. With bunk mates like Red, who’s spiraling out of control; Pig, a fire-bug who claims Milly as her own—but just wants extra dessert—Vanet, a manic teen masquerading as a fairy godmother with wish-granting powers as likely to kill as to help; and the mysterious Wolfgang, rumored to roam for blood at night; it doesn’t take long for Milly to realize that only her dead mother’s book of tales can save her. But Milly’s spells of protection weaken as her wolf stalks the hospital corridors. The ward’s a Dark Wood, and she’s not alone. As her power crumbles, she must let go of her magic and discover new weapons if she is to transform from hunted to hunter. "Stewart lets the story do the talking in a world populated by fabulous supporting characters and full of surprises. Counting Wolves is an engaging read for teens and adults alike," - Wesley King, author of the Edgar and Silver Birch Award winner OCDaniel "This fast-paced deconstruction of mental illness, reminiscent of Neal Shusterman's Challenger Deep, takes a hard look at the stigma of mental illness. The prose here is superb. It is quick, sharp, and easy to read— and it keeps readers turning pages." - The BookLife Prize. "At its core, Stewart's memorably inventive novel destigmatizes mental illness and sends a message that seeking help can make life better. A deeply affecting, hard-to-put-down work that depicts a girl's dark odyssey through obsession toward healing insight." - Kirkus Reviews