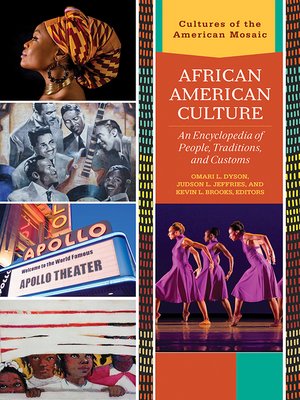 Cultures of the American Mosaic

The most comprehensive reference work on African American culture to date, the multivolume set covers such topics as black contributions to literature and the arts, music and entertainment, religion, and professional sports. It also provides coverage of less-commonly addressed subjects, such as African American fashion practices and beauty culture, the development of jazz music across different eras, and African American business.

Cultures of the American Mosaic