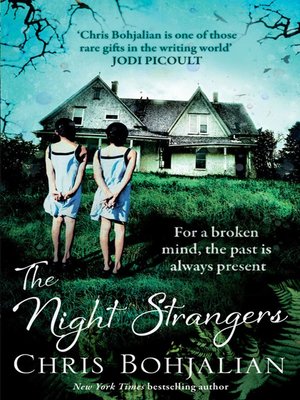 It begins with a door in a dusky corner of a basement in a rambling Victorian house in northern New Hampshire. A door that someone has sealed it shut with thirty-nine enormous carriage bolts.
The home's new owners are Chip and Emily Linton and their twin daughters. Chip was an an airline pilot until he was forced to crash land on a remote lake the jet he was flying after double engine failure. Thirty-nine people aboard Flight 1611 died that day - a coincidence not lost on Chip when he discovers the number of bolts in that basement door . . .
Meanwhile, his wife is increasingly troubled about the women in this sparsely populated village, self-proclaimed 'herbalists'. Why do they seem excessively interested in her young daughters. Emily is terrified, too, that her husband's grip on sanity seems to have become increasingly tenuous, in the wake of the devastating plane accident.

Chris Bohjalian is the critically acclaimed author of 11 novels, including Skeletons at the Feast and his most recent New York Times bestseller, The Double Bind, published by Pocket Books. His work has been translated into eighteen languages and p...

More about Chris Bohjalian
The Night Strangers
Copy and paste the code into your website.
New here? Learn how to read digital books for free