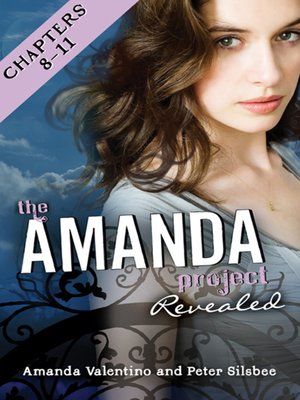 The Amanda Project is a compelling interactive book series. Now for a limited time, the second installment, Revealed, has been divided into seven ebooks. The third ebook section includes chapters eight through eleven.

About The Amanda Project: Revealed:

The closer you get to discovering why Amanda left, the more you realize that nothing about her is what it seems . . . .

Hal, Callie, and Nia are more determined than ever to figure out who Amanda really is, especially after the vice principal was attacked and they spotted a note from Amanda in his car. Clues are pouring in to the Amanda Project website, but some of them lead to more questions than answers. When the three friends find a locked, carved box they're sure it holds the key to Amanda's secrets. If only they could get it open! As they begin to unravel the tangled web of Amanda's life, Hal discovers a strange list with their names on it and he suspects it means any one of them could be the next target. One thing's for sure: In the search for Amanda, no one can be trusted.