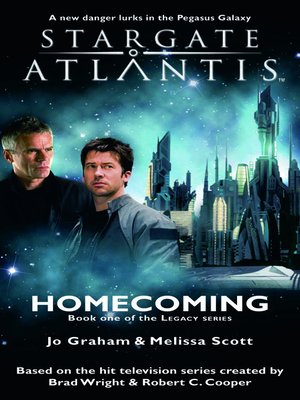 The first of a six book series set after the end of Stargate Atlantis's final season, Homecoming sees Atlantis return to the Pegasus Galaxy. But the situation in Pegasus has changed. The Wraith are on the verge of unification under the new and powerful Queen Death. She stages a daring raid with one goal: the capture of the only man able to give their ships hyperdrive and lead them to Earth: Dr. Rodney McKay.