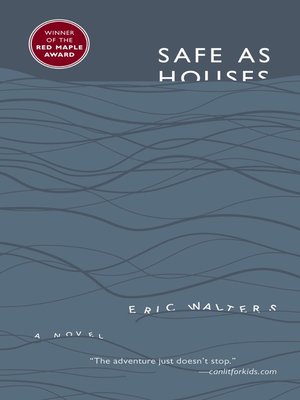 View more libraries...
The date is October 15, 1954. Thirteen-year-old Elizabeth, who lives in the Toronto suburb of Weston, is a typical grade 8 girl. She has a secret crush on a boy in her class and she thinks Elvis Presley is "dreamy." Elizabeth also has a part-time job babysitting an adorable little grade 2 girl named Suzie, and Suzie’s not-so-adorable grade 6 brother, David. Elizabeth’s job is to walk Suzie and David home after school and then stay at their house with them until their mother gets home from work. David resents Elizabeth because he thinks he is too old for a babysitter, and he goes out of his way to make life miserable for her.
On this particular evening, however, Elizabeth has more than a badly behaved boy to contend with. It is on this October night that Hurricane Hazel roars down on Toronto, bringing torrential rains that cause extensive flooding. David and Suzie’s house is on Raymore Drive, a street that will be practically wiped out by the floodwaters.
David and Suzie’s parents are unable to reach the house, which means the children’s safety on this most deadly of nights is Elizabeth’s responsibility. She finds herself increasingly isolated. They are surrounded by rising water. The electricity goes out. The phone goes dead. Still, Elizabeth is sure they will be safe as long as they remain in the house.
But are Elizabeth and the children really as "safe as houses"? Before this terrifying night is over, Elizabeth and David will have to learn to communicate and cooperate if they are to save their own lives and Suzie’s. Their survival in the midst of one of Canada’s worst disasters will depend upon their resourcefulness, maturity and courage.