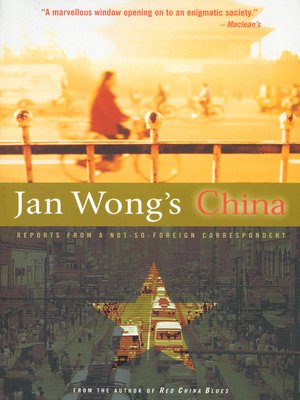 As the fiftieth anniversary of the People's Republic of China approaches on October 1, 1999, Jan Wong reflects on her body of work as a foreign correspondent there. Despite the fact that everything is changing, she discovers that not much really changes, and what she wrote several years ago about love, work and living still holds, as do the conflicts over who rules, who survives, and who gets the bigger slice of Peking Duck.

From a peasant tax revolt through the new consumerism (ads on television!) to the closeted world of Chinese gays, Jan Wong's China is a highly personal account of a country in transition. Its perspective is shaped by the author's six-year reporting stint, her life in Beijing in the '70s as a student and a Maoist, and her return visit to China in the spring of 1999.