audiobook (Unabridged) ∣ A Journey of Trauma, Tragedy and Triumph on K2 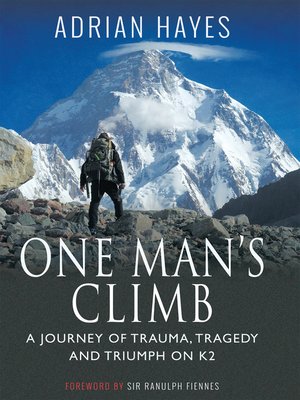 View more libraries...
A deeply moving story of the beauty and brutality of life, and death, on the world’s most unpredictable and perilous mountain.
Sitting just lower than Everest at 8,611 meeres above sea level on the China–Pakistan border, the Savage Mountain claims the lives of even the most experienced climbers. Alongside severe altitude, the weather is notoriously volatile and the climb relentlessly steep. A staggering one in four attempts result in death on the mountain.
In One Man’s Climb, Adrian Hayes details an intensely personal account of his attempts to climb K2 – first in 2013 and again in 2014. Absorbing and self-reflective, his journey is as much a story of climbing a mountain as it is a testament to the human spirit’s ability to endure.