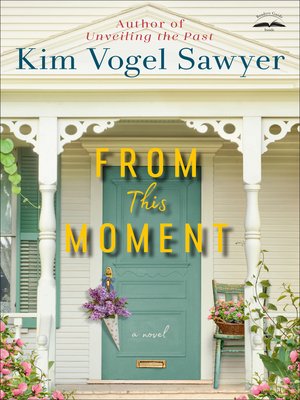 View more libraries...
A lost ring brings together two wounded souls—a youth minister haunted by the past and a spunky church custodian—in this heartwarming romance from the bestselling author of The Librarian of Boone’s Hollow.

A Kansas State Library Notable Book • “Kim Vogel Sawyer is an amazing storyteller who crafts each of her stories with page-turning excitement and rich character development.”—Tracie Peterson, bestselling author of the Golden Gate Secrets series
Growing up in the foster care system, Jase Edgar always dreamed of one day starting his own family. But his fiancée's untimely death shattered his plans. Moving to Kansas and serving as a youth minister should be a fresh start, but he can't seem to set aside his doubts about God's goodness long enough to embrace his new life.
Newly-appointed church custodian, Lori Fowler is battling her own challenges. Her strained relationship with her father and her struggles with overeating convince her she's not worthy enough for love. When an Amish weaver enlists their help locating the owner of a ring found among the donated clothing she uses as fabric, Jase and Lori find themselves drawn to each other. But will they be able to release the past and move forward from this moment into a joyful future?