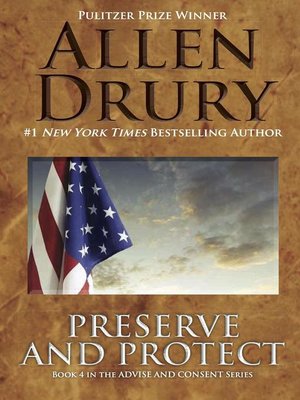 The United States is thrown into chaos as the President is killed in a plane crash shortly after securing his party's nomination in a hotly contested race for re-election. As suspicions are cast upon the circumstances of the place crash, the incumbent party quickly convenes to nominate a candidate in a storm of domestic and international chaos.

Against the backdrop of a rich cast of characters, the motivations and drives of each candidate and player help shape the future of the nation and the world. Allen Drury's Preserve and Protect brings to a climax the epic saga begun with Pulitzer Prize winning Advise and Consent—and ends with one of the greatest cliffhangers in all of political fiction.