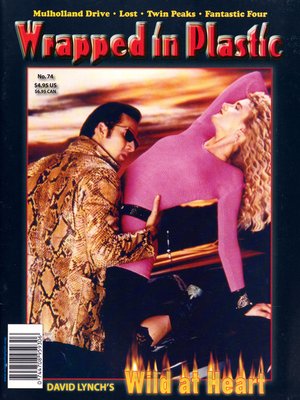 (June 2005) - At last—WIP examines Lynch's critically acclaimed (and derided) Wild at Heart in two essays, one arguing that WAH is the director's most disappointing film, and another arguing for the movie's greatness. Also in this issue: "Narrative Technique in Mulholland Drive"; a comparison of Twin Peaks and ABC's hit series Lost (there are more than you may think, including some surprising ones); two reviews of Mark Frost's summer blockbuster movie The Fantastic Four; and news about Lynch's INLAND EMPIRE and more!