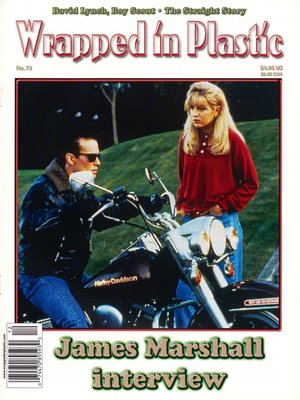 (Dec. 2004) - James Marshall talks about his role as Bookhouse Boys biker James Hurley in Twin Peaks and Fire Walk With Me! Also: "David Lynch is a Boy Scout" examines Lynch's official press biography (which reads simply "Eagle Scout, Missoula, Montana"); a detailed look at the extremely rare 1991 Hallmark Twin Peaks calendar that was pulled from distribution; Rebecca and Sam Umland's report on the efforts to preserve Alvin Straight's house in Laurens, Iowa; and lots of updates about TP actors in magazine and television appearances!