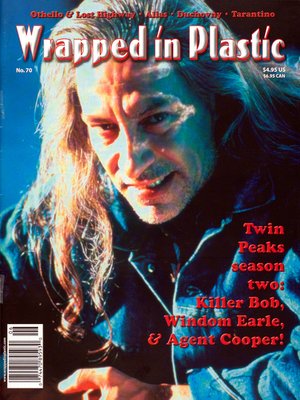 (June 2004) - Part four (the conclusion) of WIP's ultimate Twin Peaks episode guide (begun in issues 59, 68, and 69) examines the final episodes of the second season, 2016-2022 (including the very last episode directed by David Lynch)! Also in this issue: Christopher DeCrocker explores whether Shakespeare's Othello can provide insight to a better understanding of Lost Highway; and a news section featuring Lynch actors on Alias, Laura Harring's appearance on the Tarantino-directed episode of Jimmy Kimmel Live, and more!