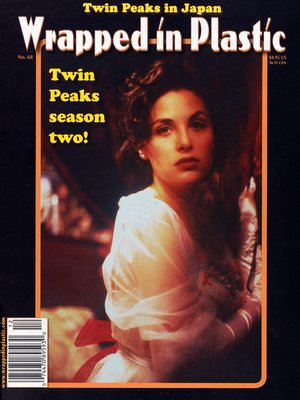 (Dec. 2003) - WIP continues its ultimate Twin Peaks episode guide (begun in issue 59), this issue examining the first nine episodes of the second season (through the Laura Palmer/Leland storyline)! This is supplemented with character charts, the reproduction of a call sheet for episode 2007, the Nielsen ratings for the entire second season, and some great photos. Also in this issue: a look at magazine coverage of Twin Peaks in Japan (with lots of rare photos); news; and a special announcement!