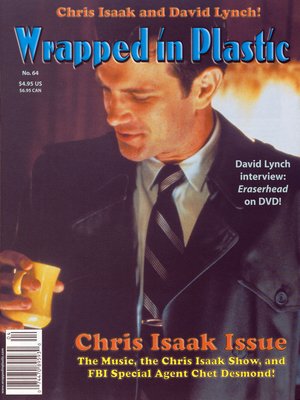 (Apr. 2003) - Special Chris Isaak issue! Articles include a look at his role as FBI Special Agent Chet Desmond in Fire Walk With Me, a survey of his CDs, and an episode guide to the first season of The Chris Isaak Show on Showtime. (Check out the great selection of photos, some published here for the first time!) Also in this issue: an interview with David Lynch talking about the new Eraserhead DVD; a review of the disc; and the usual letters and news sections.