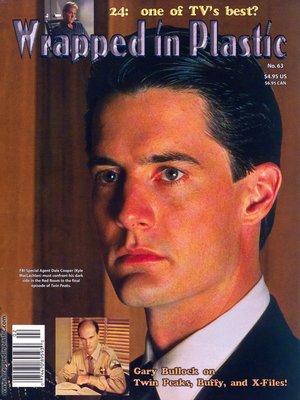 (Feb. 2003) - Gary Bullock discusses his Sheriff Cable role in Fire Walk With Me, plus his work in The X-Files and Buffy the Vampire Slayer! Also: we map out Dale Cooper's Red Room journey during the final episode of Twin Peaks; WIP co-editor John Thorne and dvdfile.com reviewer Joshua Zyber debate the merits of24 (and some other things); Jimmy Scott in concert; Lynch-related magazine appearances; and a letters column with readers still discussing WIP's theory (from issue 60) that the Deer Meadow sequence in FWWM is a dream!