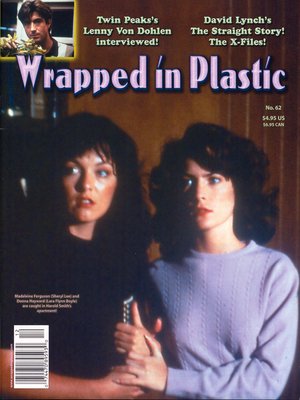 (Dec. 2002) - Lenny Von Dohlen discusses his Harold Smith role in Twin Peaks and Fire Walk With Me! Also: Rebecca Umland examines The Straight Story in light of the quest motif with emphasis on The Rime of the Ancient Mariner; four-page report of Lynch-related television appearances; the final regularly-scheduled "X-Files Extra"; and a lengthy letters column with readers discussing WIP's theory (from issue 60) that the Deer Meadow sequence in FWWM is a dream!