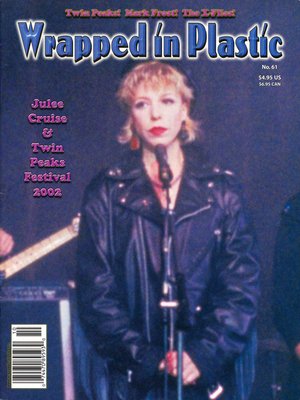 (Oct. 2002) - The 2002 Twin Peaks Festival was highlighted by a live performance by Julee Cruise, and WIP reports on it all in this issue, supplemented by some great photos! Also: We interview Mark Frost about his spectacular new book, The Greatest Game Ever Played (and of course wander off topic now and again); a three-page review of the X-Files series finale; previously unpublished preliminary cover designs of early issues of WIP; and a lengthy letters column with topics including Mulholland Drive, 24, Twin Peaks, and other odds and ends!