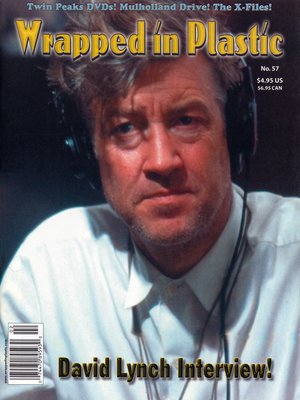 (Feb. 2002) - Three great interviews! David Hughes re-edits his conversation with David Lynch in The Complete David Lynch for publication here! Also, interviews with Mulholland Drive actors Richard Green (the Magician) and Geno Silva (Cookie); and reviews of the Twin Peaks and Fire Walk With Me DVDs, plus the X-Files fourth-season box set!