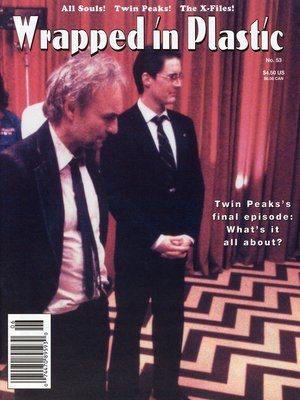 (June 2001) - The final episode of Twin Peaks explained, with previously unpublished photos! Plus All Souls, and a lengthy X-Files discussion by Martha Nochimson and John Pierce!