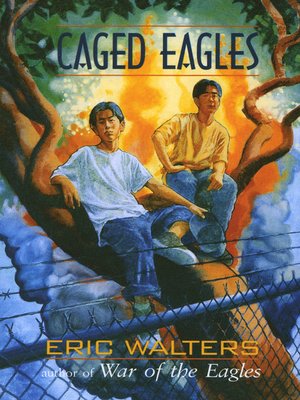 When Canada went to war with Japan following the bombing of Pearl Harbour, Canadians of Japanese descent were declared "Enemy Aliens." Without recourse of any kind, they were forced to leave their homes along with the British Columbia coast, their possessions were sold, and their rights as citizens denied. Caged Eagles follows fourteen-year-old Tadashi Fukushima and his family as they embark on a tortuous physical and emotional journey. Along with neighbours from their remote village on the northern BC coast, they travel by fishing boat to Vancouver, where they are placed in detention in Hastings Park, the Pacific National Exhibition ground, and forced to live in cattle stalls. For Tadashi detention becomes both an adventure and a dilemma as he struggles to understand the undercurrents of racism and injustice that have overtaken his life and those of his community.

More about Eric Walters
Caged Eagles
Copy and paste the code into your website.
New here? Learn how to read digital books for free