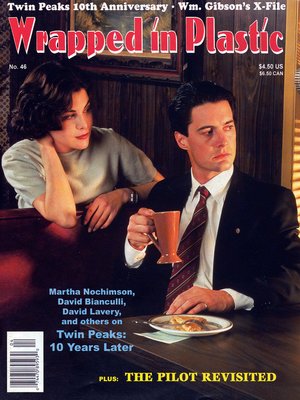 (Apr. 2000) - WIP celebrates the 10th anniversary of Twin Peaks with a collection of all-star essays! Plus reviews of XF episodes "Closure" and "First Person Shooter"!