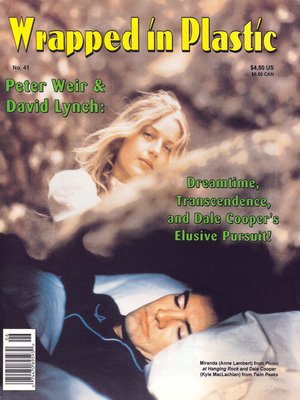 (June 1999) - Two extensive analyses of Lynch and director Peter Weir—a general overview, and a comparison of Twin Peaks and Picnic at Hanging Rock. Also: Twin Peaks in Japan and a review of a Miguel Ferrer/Jenna Elfman play. "X-Files Extra": Duchovny writes and directs XF, and the XF movie on DVD. And more!