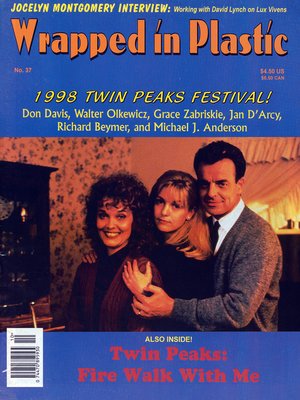 (Oct. 1998) - A lengthy report on the 1998 Twin Peaks Festival includes talks by Beymer, Davis, Olkewicz, Anderson, and D'Arcy! Plus: Jocelyn Montgomery interview on her CD with Lynch; FWWM press-kits from around the world; lots of Lynch news; Sheryl Lee talks about Twin Peaks. "X-Files Extra": burn-out or re-energized, Emmys, and more.