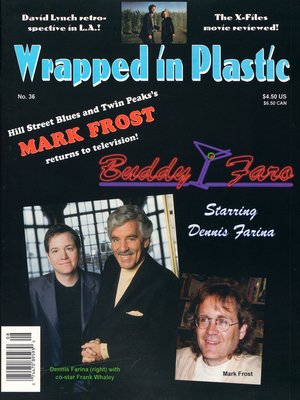 (Aug. 1998) - WIP interviews Twin Peaks co-creator Mark Frost about his new CBS television show Buddy Faro starring Dennis Farina! Plus: David Lynch discusses his work at the recent Retrospective in Los Angeles; part 3 of the look back at FWWM (the Cannes press conference); lots of X-Files news, including a review of the feature film; and much more!