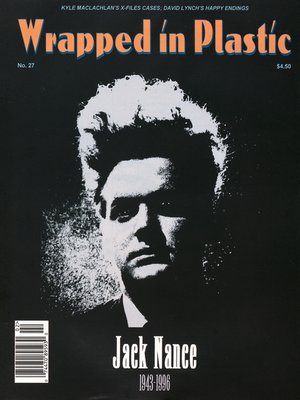 (Feb. 1997) - Jack Nance tribute, including an interview with the actor. Plus: "David Lynch and the Happy Ending"; MacLachlan's X-Files-ish U.K. Vodafone commercials in depth; and Sheryl Lee's Mother Night. "X-Files Extra": Duchovny on Larry Sanders, Anderson on Leno, XF on The Simpsons, and many cool U.K. XF mags!