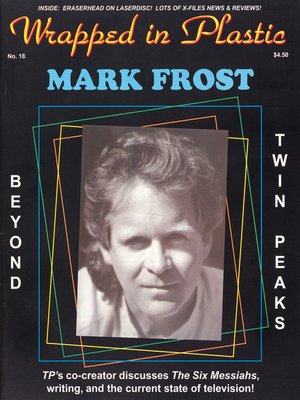 (Aug. 1995) - Interview with Mark Frost about his book The Six Messiahs; Article: "Gentleman Prefer Blondes," the Marilyn Monroe element in Twin Peaks (by Douglas Baptie); report on Twin Peaks in the Netherlands.