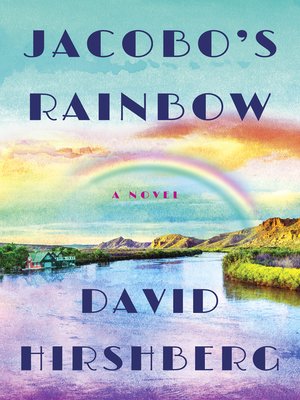 Jacobo's Rainbow is an historical literary novel set primarily in the nineteen sixties during the convulsive period of the student protest movements and the Vietnam War. It focuses on the issue of being an outsiderthe 'other'an altogether common circumstance that resonates with readers in today's America. Written from a Jewish perspective, it speaks to universal truths that affect us all.

On the occasion of the 15th anniversary of a transformative event in Jacobo's life the day he is sent to jail he writes about what happened behind the scenes of the Free Speech Movement which provides the backdrop for a riveting story centered on his emergence into a world he never could have imagined. His recording of those earlier events is the proximate cause of his being arrested. Jacobo is allowed to leave jail under the condition of being drafted, engages in gruesome fighting in Vietnam, and returns to continue his work of chronicling America in the throes of significant societal changes.

Jacobo's Rainbow is a story of triumph over adversity (hypocrisy, loss, lies, murder, concealment, prejudice) that is told with vivid descriptions, perceptive insights, humor and sensitivity, which enables the reader to identify with the characters who come to life in a realistic fashion to illustrate who we are, how we behave, and what causes us to change.

It can be read on three levels: (1) The story of what it was like to have lived through and been a participant in the Free Speech Movement and the Vietnam War ('The Sixties'); (2) A metaphor for what is going on college campuses today, in terms of the shutting down of speech and the rise of anti-Semitism; and (3) What life is like for the 'outsider.'