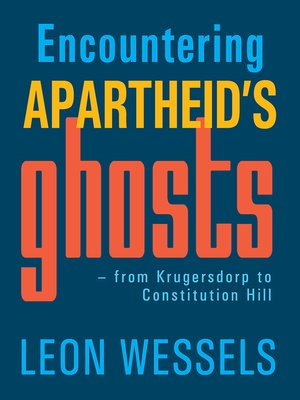 This book is a chronicle of the political and moral evolution of an Afrikanerwithin the context of the political evolution of South Africa and how henot only overcame the conservative and biased background of his youth,but was transformed into a revolutionary spokesman for change and arecognition of the injustices of the past.It is also a realisation that many of the consequences of the Apartheidsystem are still among us and have not been resolved. Many of these oldghosts which he encountered during his career have to be revisited andconfronted.The author takes the reader on a fascinating journey through the internalpolitical struggles that eventually led to the first fully democratic electionin South Africa in 1994 and beyond. His role as a Commissioner of the SAHuman Rights Commission since retiring as a politician has exposed him tofurther realities of the legacy of Apartheid.It is the story of a courageous politician and a dedicated South African seton a course to make a positive contribution to the future of the country.