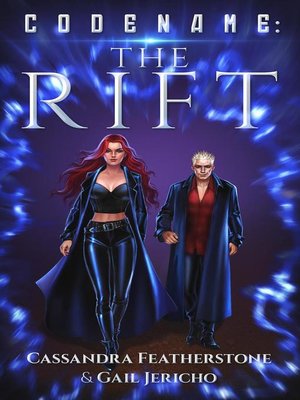 Welcome to The Rift: a world of magic, intrigue, chaos, and conflict.

Delilah is the leader of the Resistance, a splinter group that took control of their own corner of the Rift after the Conflict. Since its inception, none of the inhabitants know that the Company—the creators of the Rift—are always watching. They've all been deceived. Instead of living in an elite playground for the agents of the Company and their companions, they are part of a large-scale experiment to study its effects on humans.

Unfortunately, both Delilah and the watchers have hit a snag. She has developed a mutation that is changing her life as well as the lives of those she cares about. Her only recourse is the one agent left in their community—a dangerous killer named Taurus.

Contacting him may give her the answers she seeks...or destroy the life she loves.

Once she invites the Cabal and the Company back into their lives, the mutation will be the least of her worries.