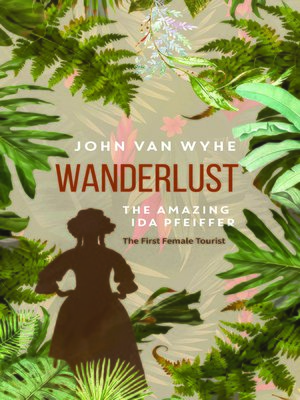 Wanderlust is the true story of Ida Pfeiffer (1797-1858), one of the most remarkable female travellers who ever lived. It is the story of a stubborn tomboy, of lovers torn apart, and a miserable housewife who decides to follow her dreams despite the strong disapproval of society. At a time when it was considered utterly impossible, Pfeiffer set off, alone, to travel the world. She displayed incredible courage, endurance and perseverance. Along the way she survived storms at sea, parched deserts, plague, malaria, drowning, earthquakes, robbers, murderers, head hunters and cannibals. She became the first woman to circle the globe alone, and then the first to do so twice and she was the first budget traveller to boot. As a result of her incredible exploits and her best-selling travel books, Pfeiffer became one of the most famous women in the world in the nineteenth century. It’s a tale that culminates in spies, intrigue, a botched revolution and a remarkable career cut tragically short by one voyage too many.