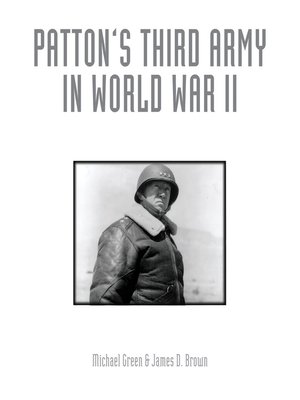 Patton was champing at the bit to lead the D-Day invasion, but Eisenhower placed him in command of a decoy unit, the First U.S. Army Group. Nearly seven weeks after D-Day, Patton finally got his chance to take Third Army into battle. He began a ten-month rampage across France, driving through Germany and into Nazi-occupied Czechoslovakia and Austria. Along the way Third Army forces entered the Battle of the Bulge, breaking the siege of Bastogne. It was a turning point in the war, and afterward the Third Army pushed eastward again.
Patton's Third Army in World War II covers Patton's command of Third Army with a focus on the armor. It was a new style of fighting, avoiding entrenched infantry warfare by continuously pushing forward, and it appealed to Patton's hard-charging personality. Archival photos along with frequent quotes complete the portrait of Patton as well as his men as they fight their way across the Third Reich.