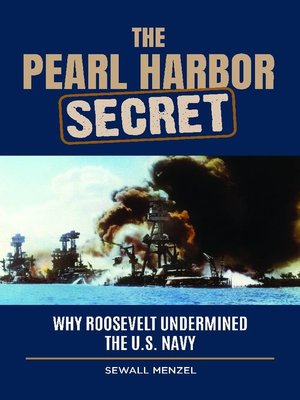 In late 1939, President Roosevelt learned that Hitler was attempting to develop an atomic bomb to use against the United States. The president responded by directing his own scientific community to develop an atomic bomb and began making plans to go to war with Germany. However, he was hampered by public opinion, with 80 percent of the American people against U.S. involvement in another ground war in Europe.

Using declassified documents, this book shows how Pearl Harbor was not about Japan; it was about the United States going to war with Germany. It reveals how the U.S. Navy's intelligence gathering system could break virtually any Japanese naval code, but Admiral Husband E. Kimmel, the commander of the U.S. Pacific Fleet, was kept in the dark about the impending Pearl Harbor attack by his own government.