The Essence of Music 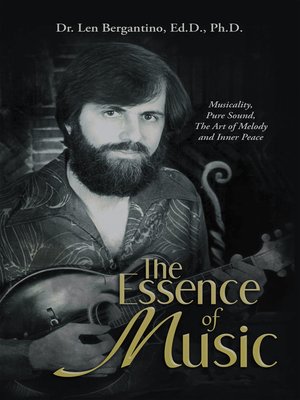 Do you think that some slug who looks very professional who "whispers" an occasional interpretation to you five times a week for 7 years can make one bit of difference in your life or does such a psychotoxic slug called a psychoanalyst merely stick you in an emotional toilet bowl for seven years having the cumulative result of turning you into a hopeless bastard who will never turn the tragic corner in his or her life?

Can your analyst analyze an archaic liquid symbiotic or an osmotic transference, or can they even recognize this phenomena in order to analyze it? If the psychoanalyst cannot analyze these transferences they can't do an analysis!

I used to get "good faith" patients who had the balls to work on the cutting edge at the same time I did because they had had combinations of twenty years of two seven year analyses plus several briefer psychotheraphies, only to be as crazy as the day they walked in! (-$200,000.00)

As Dr. Donald Rinsley, M.D., fellow-American College of Psychoanalysts wrote about me, my work has both a healing effect and affect. Patients used to pay me six months in advance to hold the time open because I was irreplaceable; I was the only one who could analyze the psychotic core of the personality and I was the only who could actually do what Dr. Wilfred R. Bion, MRCS (Medical Royal College of Surgeons) wrote about analyzing the psychotic core of the personality/

As I am seventy-six years old, I have written five books that must be read and digested in their entirety. As these books are the thing-in-itself they will transform the reader into the kinds of analyst, patient and psychotherapist who can make a difference in helping people turn the tragic corner in their lives! In other words, these five books are analysis!

These books were written to be around for a few hundred years and were directly guided by the Almighty!

The Essence of Music: Musicality, Pure Sound, the Art of Melody and Inner Peace

They say that music is the international language, but what is music? For the Bergantino-Bredice family, music was the family business.

In terms of what kind of music you listen to, my father, Dan Bergantino, always told me, "If you put shit in, shit will come out!" That is, it will reflect when you play music.

My cousin Louis Bredice told me, "When I first started playing Jazz, I played a lot of notes. Then I realized that all I needed were the right ones."

My cousin Freddie Bredice had the fastest technique on guitar I had ever seen. The first time I met him was on a gig in 1967. His speed was blinding, faster than a speeding bullet! I was leaning against a wooden beam next to him, and when he finished, I said, "You must be cousin Fred." He said, "Yeah, I don't play chords! It fucks up your hands!"

Freddie was one of Joe Diorio's guitar teachers, and Joe said he still has nightmares about Freddie's speed! Joe was known as the best jazz guitar player in the world of guitar players. I got him to play songs again in a CD entitled Falling in Love where I played mandolin, and Joe accompanied me on guitar.

This is a multi-purpose book, just like the previously published book entitled "Zen and the Art of Motorcycle Maintenance," which had more to do with human growth than motorcycle maintenance. This book is a natural model for how musicians, as human beings, deal with each other, thereby providing a baseline for humans in answering Shakespeare's question, "To be or not to be!" Further, this book is substantive and full of depth, enough to be used in music schools no matter what...

Psychology Nonfiction
The Essence of Music