audiobook (Abridged) ∣ The Life and Legend of Lawrence of Arabia 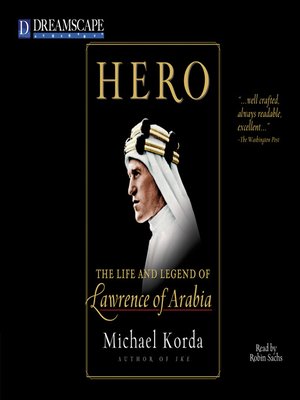 Michael Korda's Hero is the story of an epic life on a grand scale, a revealing, in-depth, and gripping biography of the extraordinary, mysterious, and dynamic Englishman whose daring exploits and romantic profile made him an object of intense fascination, known the world over as 'Lawrence of Arabia.' Yet Korda does not seek to burnish or destroy the legend; rather to demystify and reveal the real man as he truely was. Korda analyses Lawrence's vision for the modern Middle East, plans that might have prevented the current hatred ans bloodshed of the region. Ultimately, Lawrence remains the paradigm of the hero in modern times, the arch-heroic type whose life is at once a triumph and a sacrifice, and whose capacity to astonish remains undimmed.