Voting and Political Representation in America 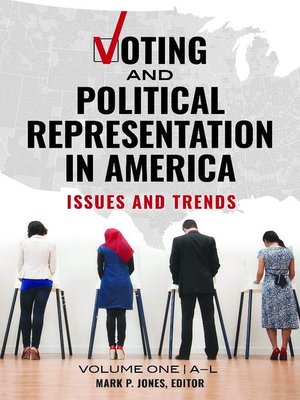 Do average Americans have a voice in Washington? Are they well-represented, or are they marginalized? Do elections reflect fundamental democratic institutions and values, or are they tarnished by voter suppression, voter fraud, gerrymandering, or other factors? To what extent do America's elected officials reflect the diversity of race, religion, gender, socioeconomic background, sexual orientation, and political views of the wider American population?

This encyclopedia explores all these questions and more. It examines important mechanisms and laws shaping political representation in America in the 21st century, such as term limits, gerrymandering, the Electoral College, and "direct democracy" (ballot initiatives and referendums); and the degree to which various demographic groups are represented in state and federal legislatures, from Latinos and senior citizens to atheists and residents of rural states. It also explains the basis for escalating concerns about both voter fraud and voter suppression.